We purchased a Chevy Volt Battery (Gen 1) for $999 from M&K Auto Parts in Orange City, Fl on November 6, 2017. This battery will be torn down to individual modules to be used for new Power Racing Series vehicles for the 2018 season. We are expecting to get seven 48v modules, and two 24v modules from the Volt battery. These modules are heavy (~50 pounds), but should have enough power to not require a battery swap for any race including the 90 minute endurance race.

The 48v modules are 12s3p configuration, however we are modifying them to be able to separate into two 6s3p packs so that we can use inexpensive dual 6s chargers. 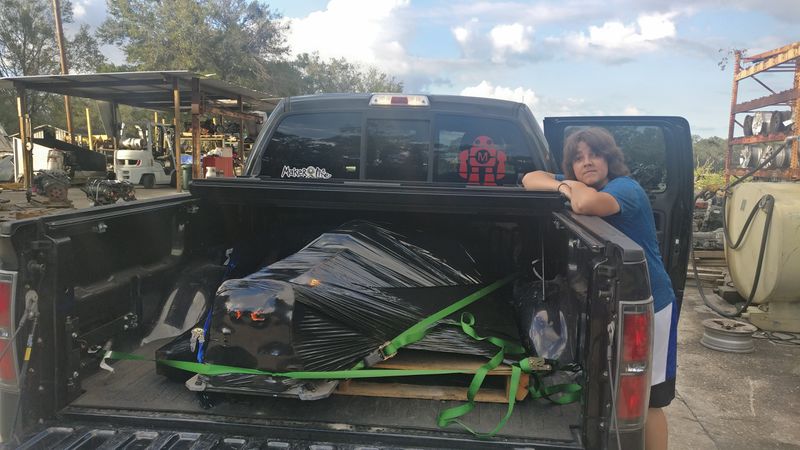 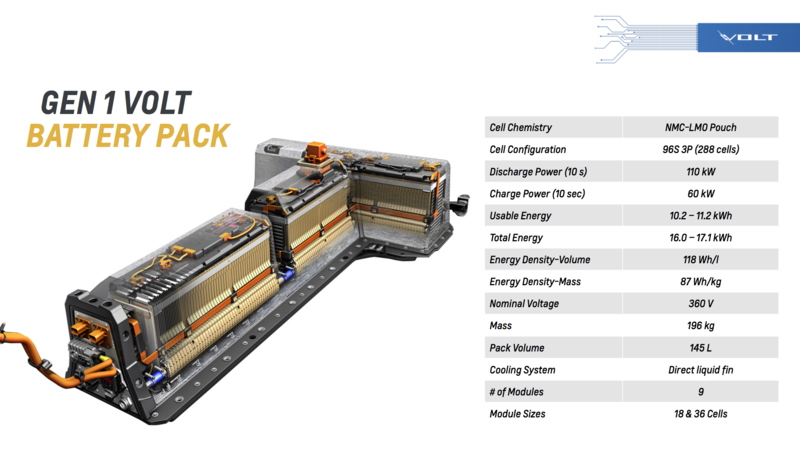 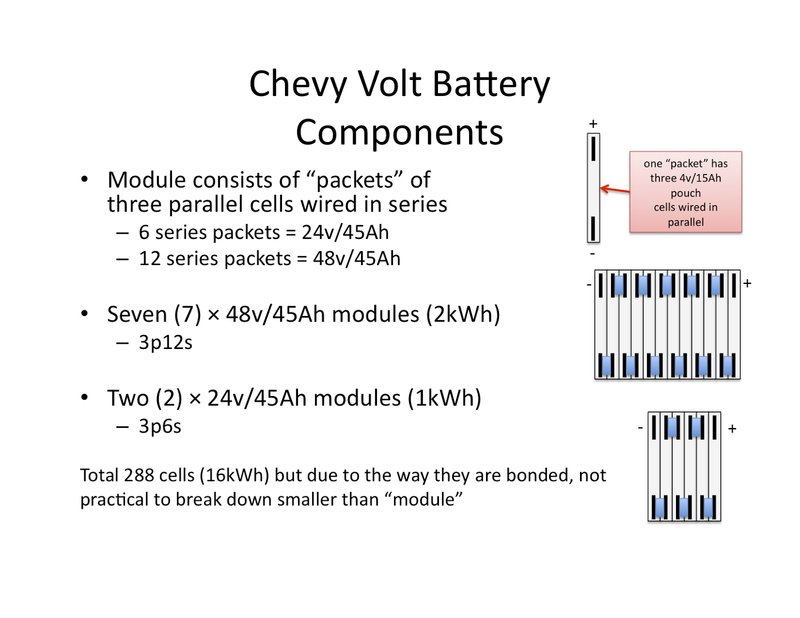 Teardown notes to review before jumping in 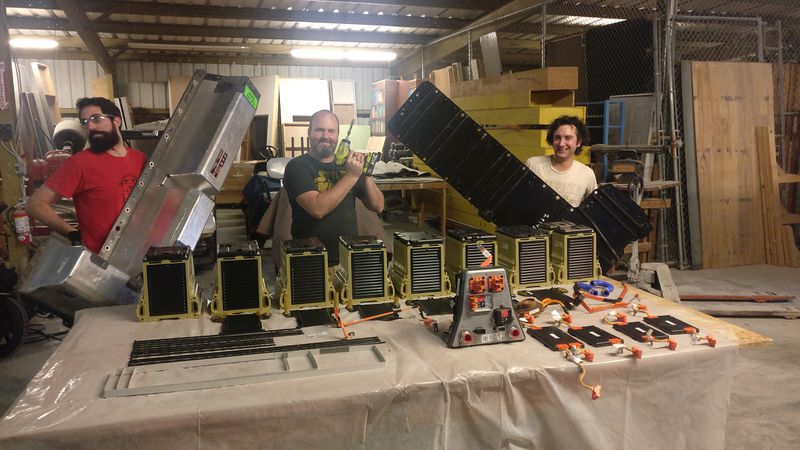 We have confirmed that we can split the 12s pack into two 6s packs for dual charging, however this requires some work with a Dremel tool that is somewhat dangerous. (Note: as of 12/4/2017, we've split one pack electrically, and done a low amp charge for over an hour - but have not moved up to high amp charging yet as we need to get better main charging cables built)